The weather and fishing for the first week back to Beaver Island has been ok to good. We’ve had some sun that was accompanied by good fishing but for the most part we’ve had clouds, making visibility really tough.

The water is up about another foot from last year, so there’s flooded vegetation above your wader belt, It should make for another interesting season. We’ve spotted some barrel sized carp this year, cannot wait for someone to land one.

The pictures below are the three guides heading to the island on the Emerald Isle, then Austin’s first carp of the year, then my first and then the first customer caught carp of the season. 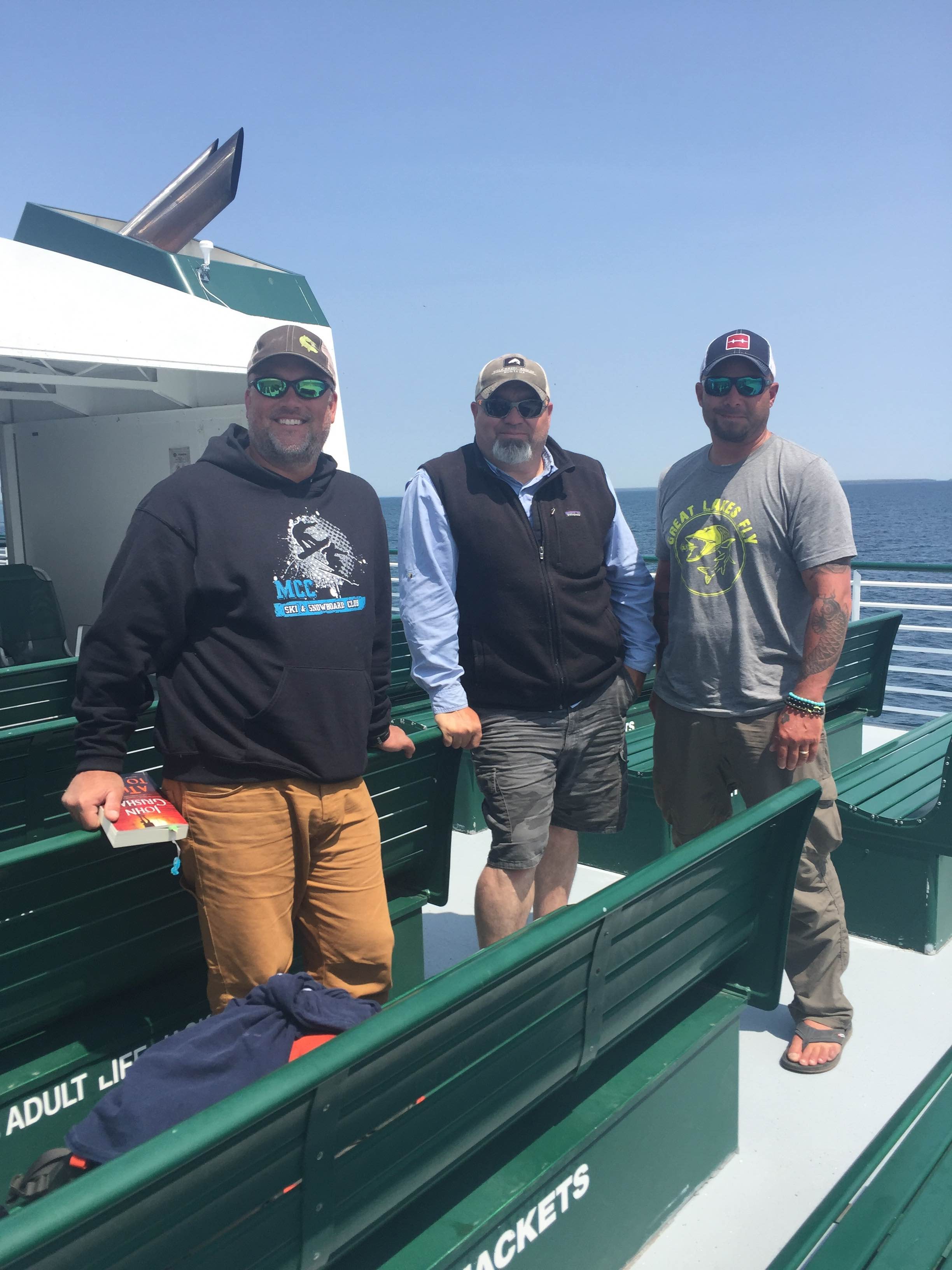 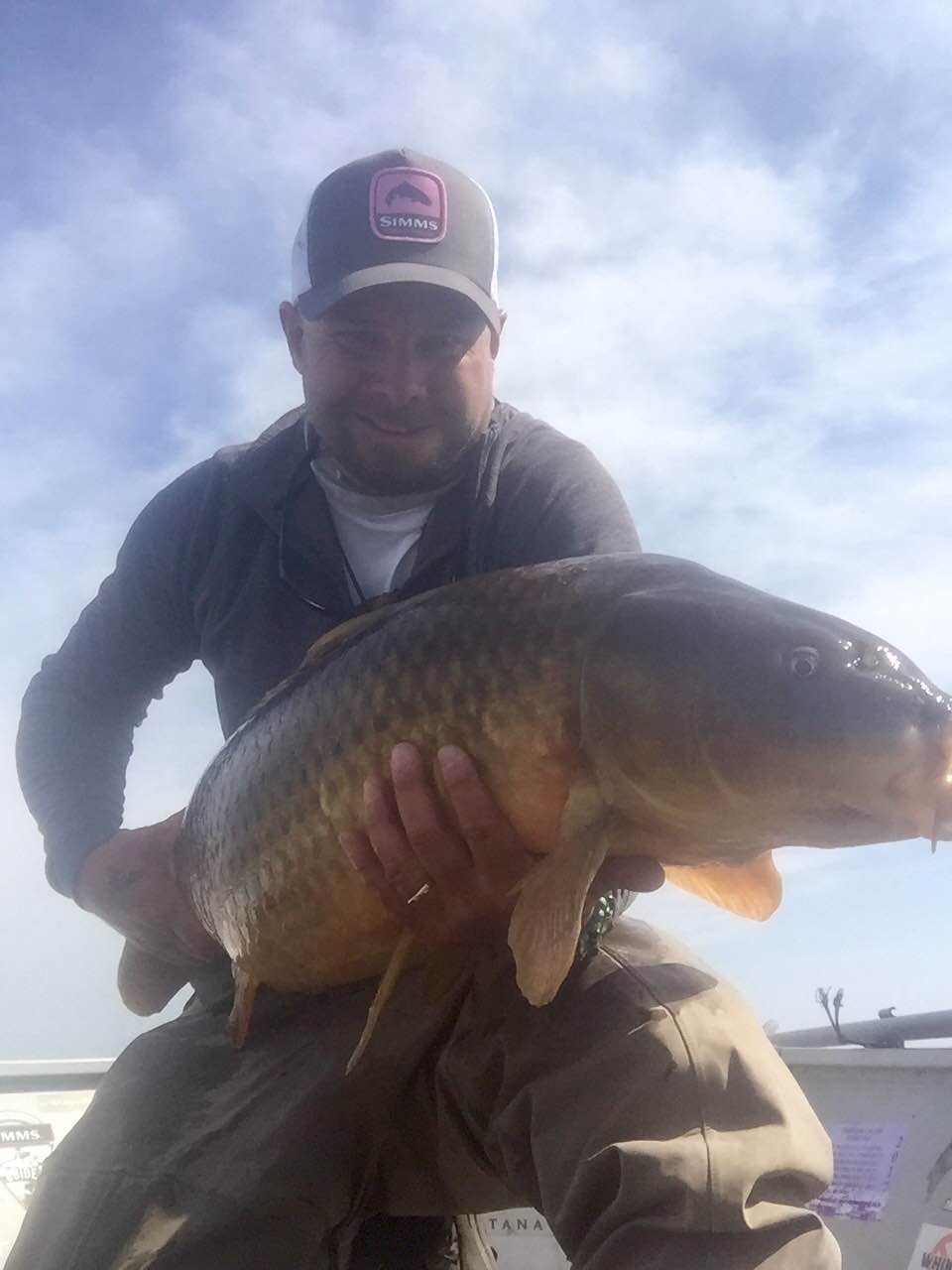 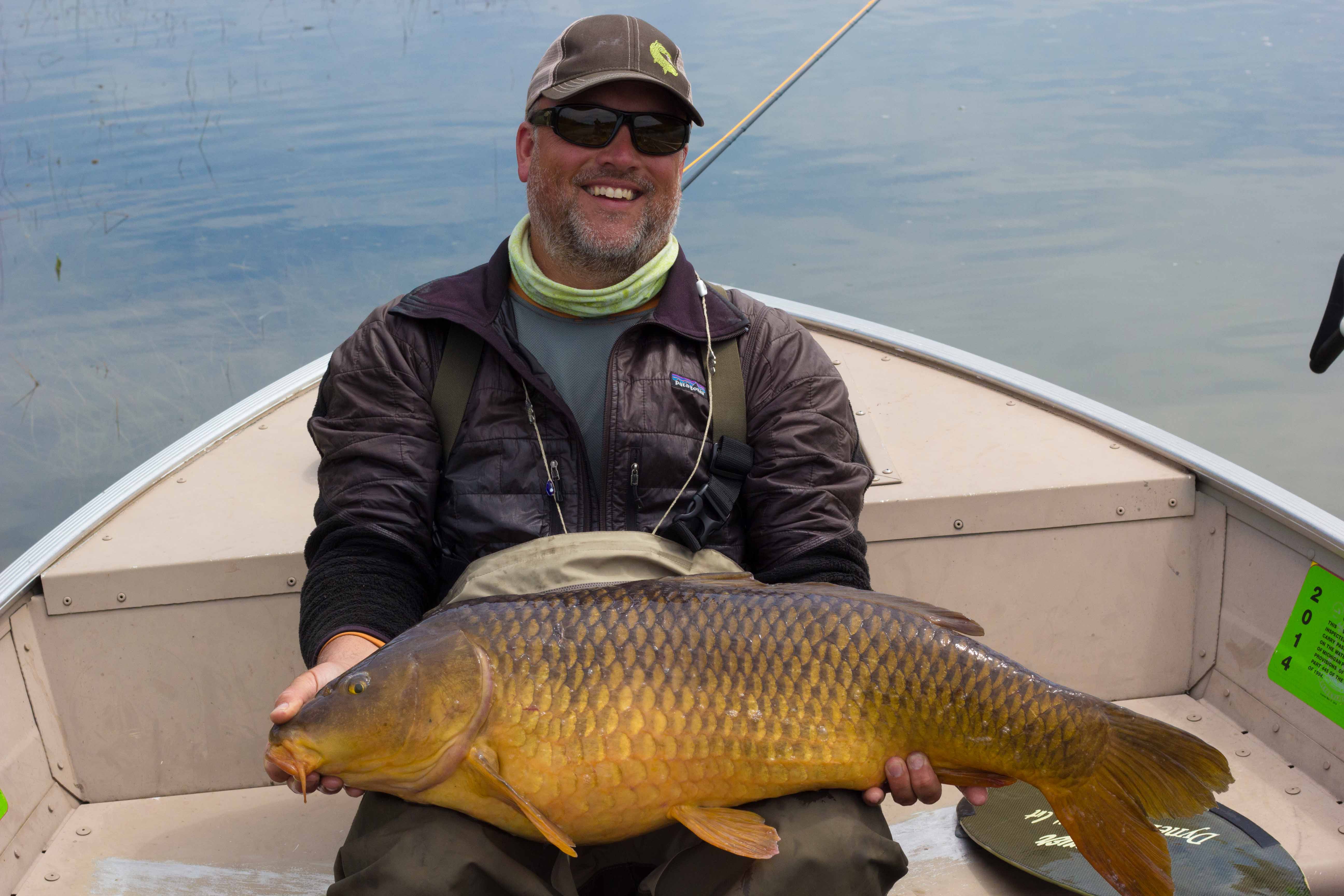 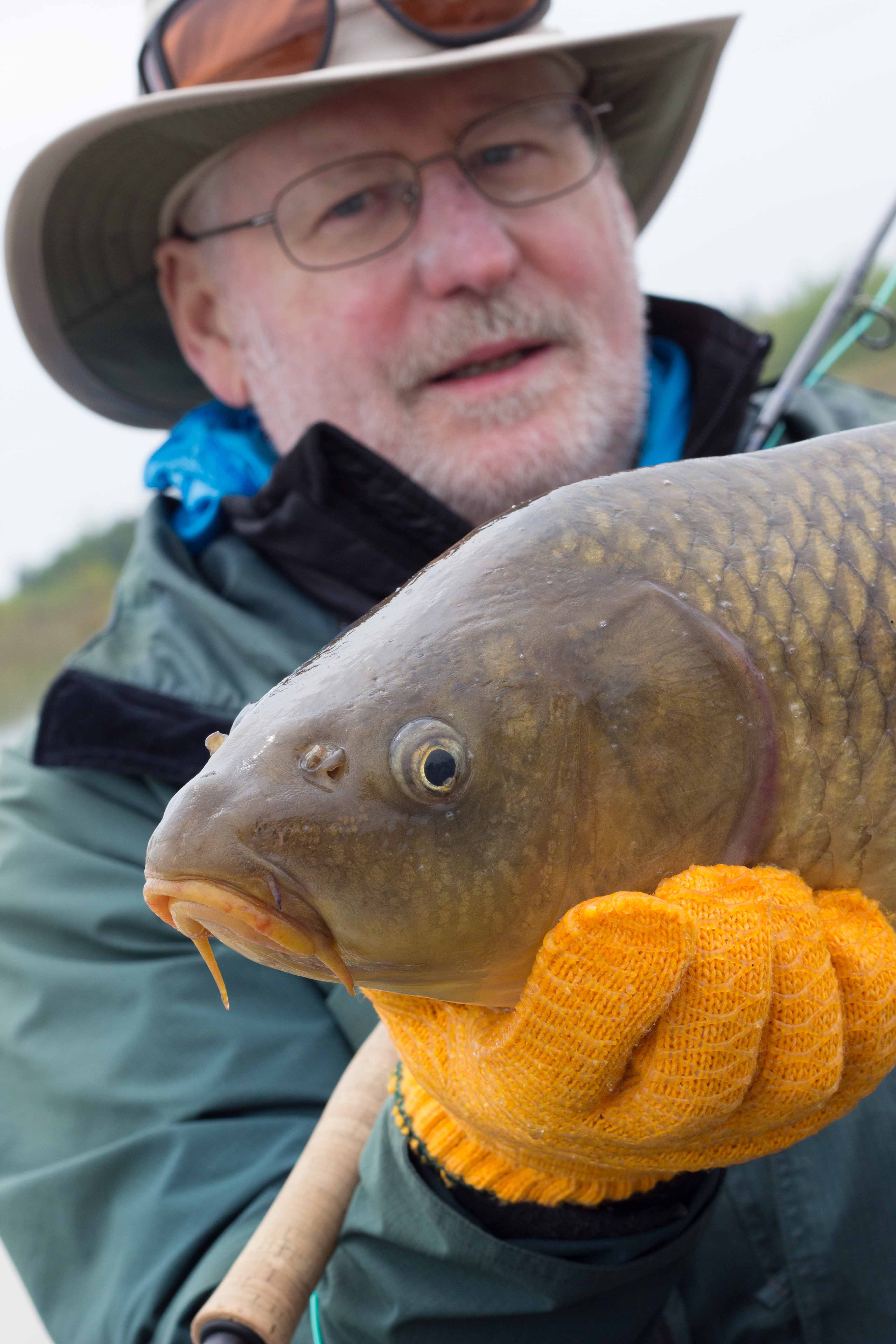 Our friend Ian had two guys drop out for his May 31st through June 3rd Beaver Island outing, leaving 2 new spaces available. This is a great opportunity for anyone who could jump on these openings at the last minute.

I should note that these are some of the only openings we have for the first half of the summer. Ian always hosts a great outing and you can contact him at FlyMasters with any questions. 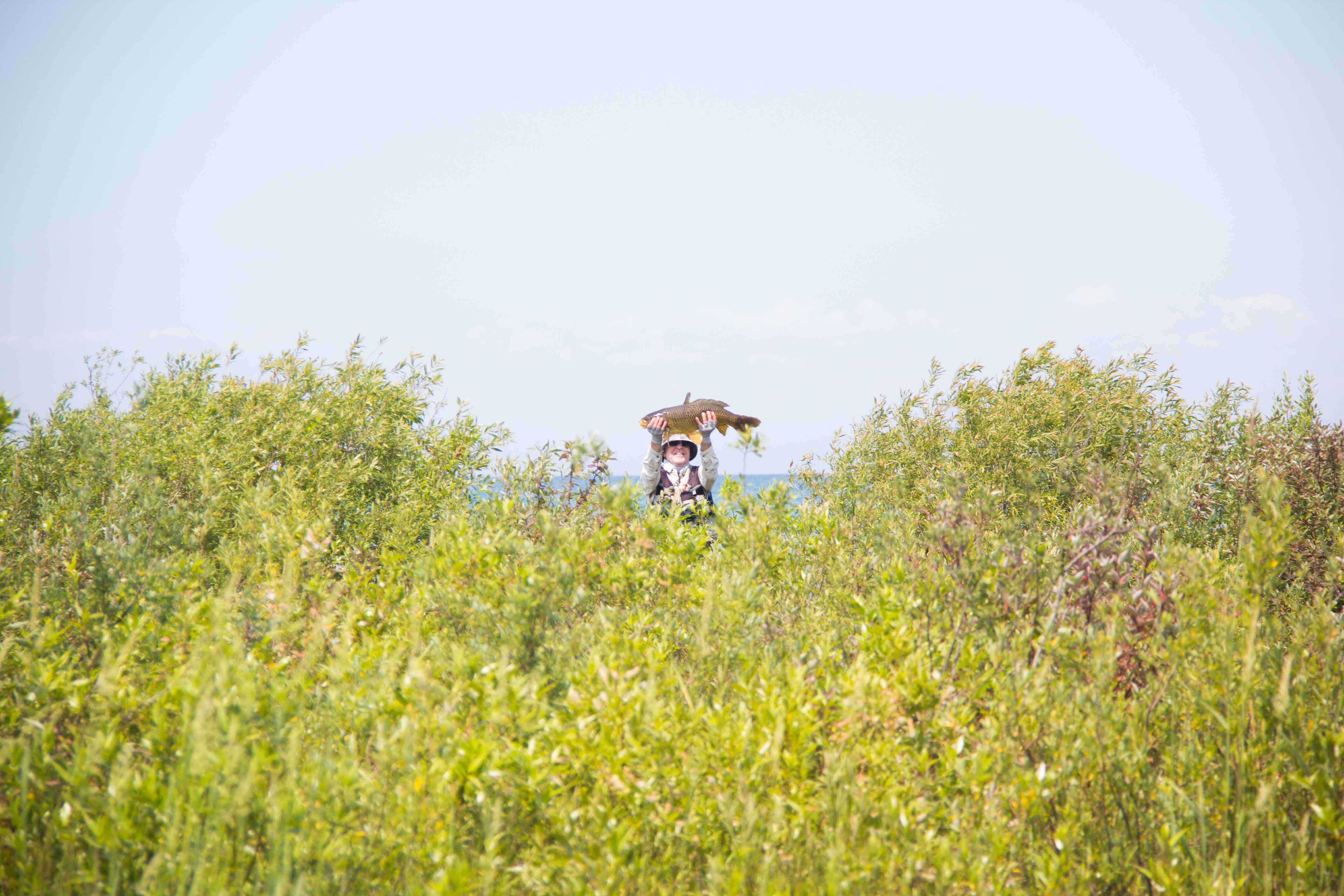 Day one with Captain Gabe Nyblad, who owns Tail Chasin’ Charters, ended with my first tarpon. The day started slow but gradually built momentum and finally peaked, just as a good day should.

Earlier in the day I got a bite from the first juvenile tarpon Gabe put me on. Then hours later I connected with the first shot at an adult but I blew that chance with a short strip strike followed by a big, very bad, trout set.

Though thankfully after a few more shots I was given another happy tarpon that engulfed the tiny fly, I did’t trout set and after several good jumps and a big run we put the silver beauty next to the boat for a pic.

On day two we fished miles of beautiful flats and varied species with a couple shots at permit and many chances at barracuda, juvenile and adult tarpon. With a combination of poor casting and much less agreeable fish we had little luck getting anything on the end of our lines. Though my friend Jack did manage his first permit using a live shrimp. With permit everything happens so fast, so it’s all very exciting. Adding to that excitement was that a shark flashed on Jack’s hooked permit making Gabe crank the big motor that in the trimmed position sprayed water for thirty feet in a successful attempt to scare away the shark.

We picked day three, because of the weather forecasts, to take my wife and daughter fishing in Gabe’s bigger boat. On this day clouds and wind were on the menu but it couldn’t have worked out better, because what would have been a tough flats day ended up being a perfect day to soak a chum on anchor and fish for everything that swims.

We caught dozens of species including my twelve year old landing two, near hundred pound sharks with no assistance. We actually had two sharks eaten at boat side by grouper, wow. At dinner that night my daughter commented on the cycle of life. She caught a yellow-tail on a shrimp, then we used the yellow-tail to catch a three foot shark who was then eaten by an enormous grouper.

Captain Gabe is a patient and hard working guide who knows where to find fish and then how to hook them. There was never a moment when I thought that we would be better off with another guide. I would without hesitation recommend booking a trip with Gabe.

Sorry for only my tarpon pics that are from Gabe’s phone, no download cable for my camera to show you all the other cool stuff. 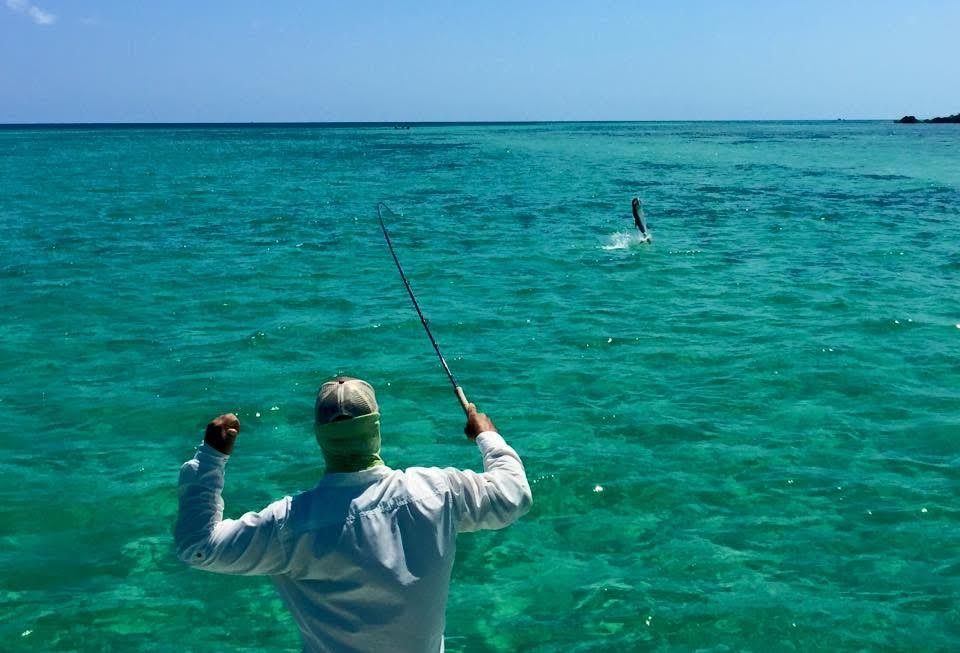 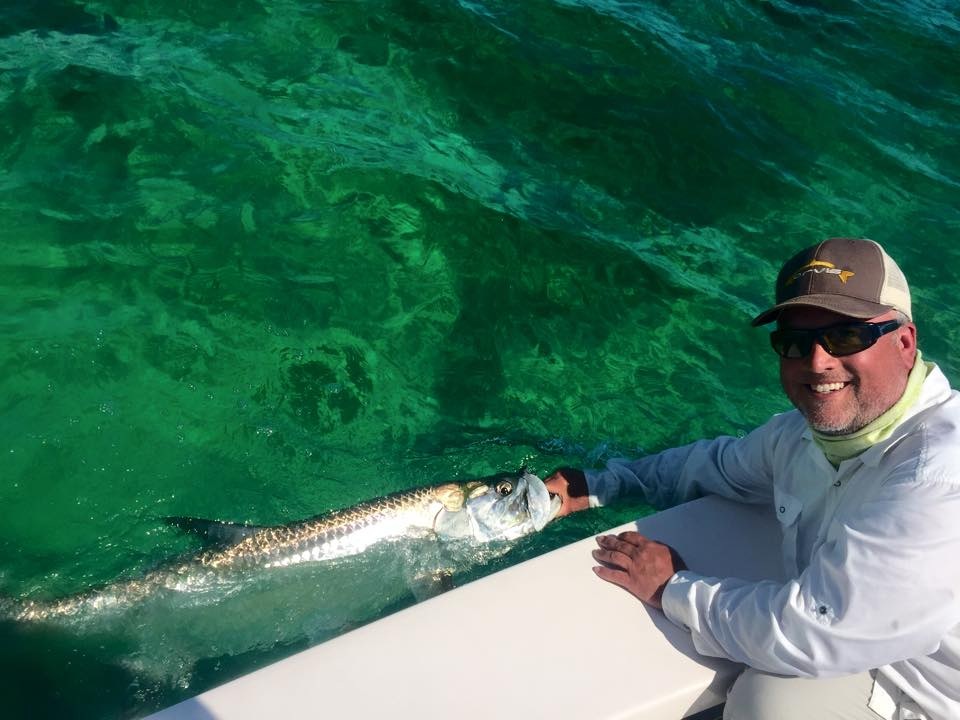 The Future of Great Lakes Salmon

Michigan Public Radio had an article on the future of pacific salmon in the Great Lakes. It doesn’t look to promising if your a fan of the salmon. I get that the lakes are changing and pacific salmon aren’t a good fit because they need large populations of baitfish but is anyone talking about increasing stocking numbers for atlantic salmon, steelhead and lake run browns.

To read or listen to the Michigan Public Radio article click here. 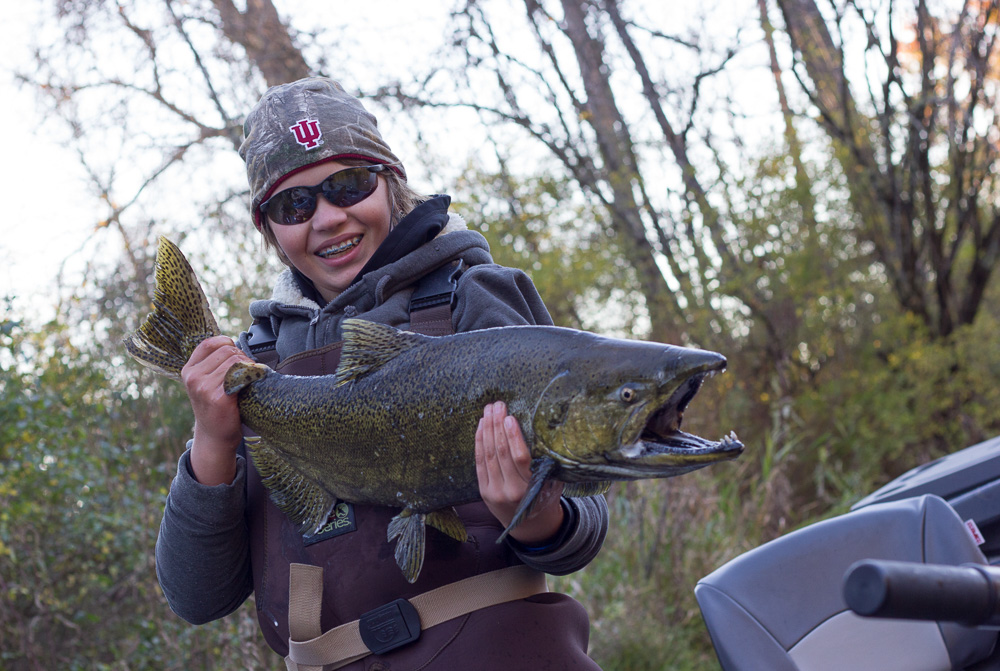