Salmon numbers on the PM have increased possibly tenfold over the past several days but before you grab your gear and make a rush for the river understand that this is still very low, but at least it is going in the right direction. The other side of this low-fish coin is that we have been seeing much lighter pressure compared to past years and even though the salmon numbers have not reached the level to which we are accustomed, we’ve been getting into enough fish to make for good days on the water.

Current conditions are low and clear, especially as you head upstream. My best fly lately has been a two inch black Wooly Bugger with a bit of flash. 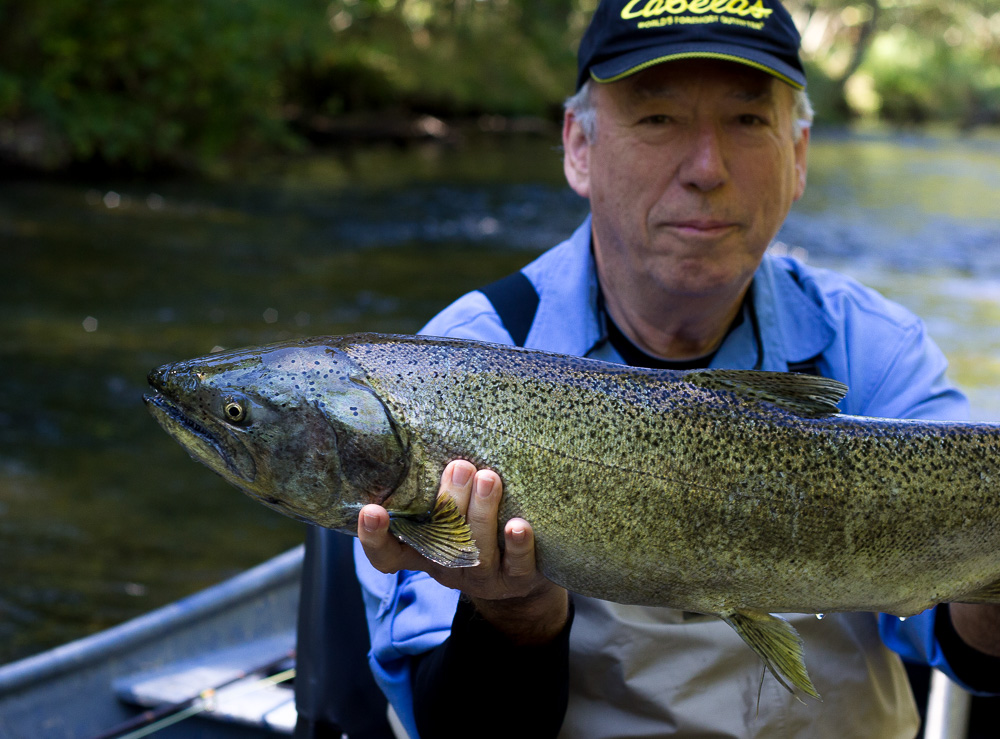 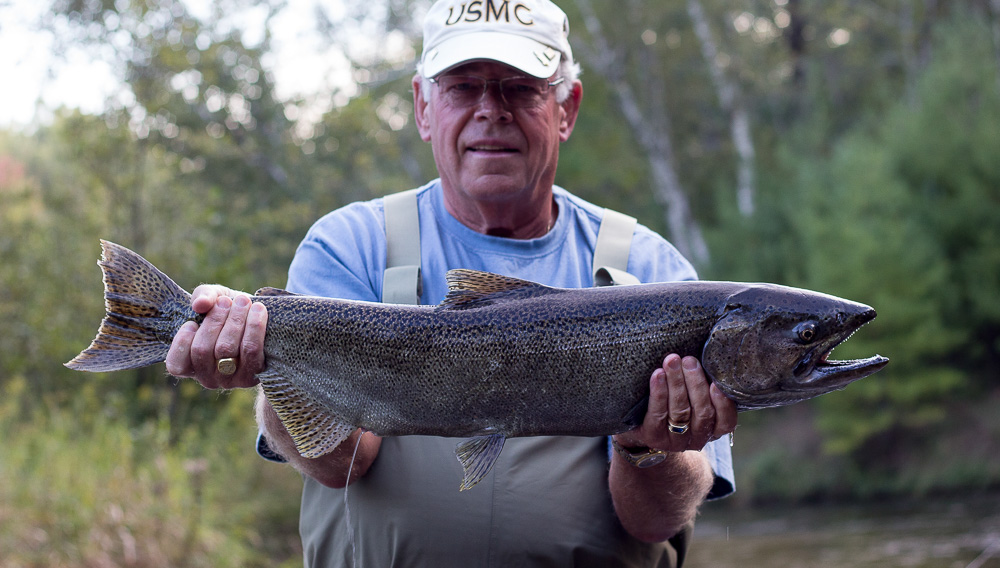