Anyone who has spent a day with me fly fishing Michigan salmon know that I have a definite thing for black Wooly Buggers with just the right amount of flash.

We were on a nice bite a few days ago. A day which was way too hot and sunny for anything good to be happening in the salmon world. I had my customer throwing an egg and Bugger combination and though we landed several salmon on that black Bugger two were special.

Special in that they inhabited shallow water clear enough to watch the fly as it drifted and swung and in two different spots during our float these salmon rushed forward and woofed down that black intruder. On that warm sunny day the light was perfect and we watched those fish eat as one would on a high-definition television.

One of the greatest things about fishing is encountering the unexpected and on what should have been a very plain and ordinary day I think you could say we were blessed with a little Black Magic. 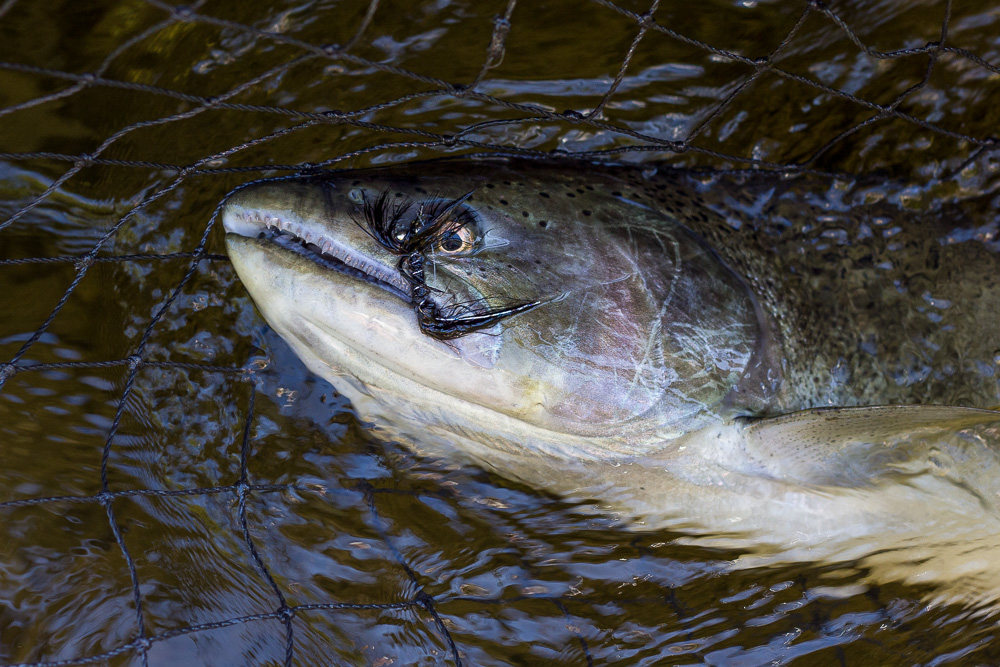 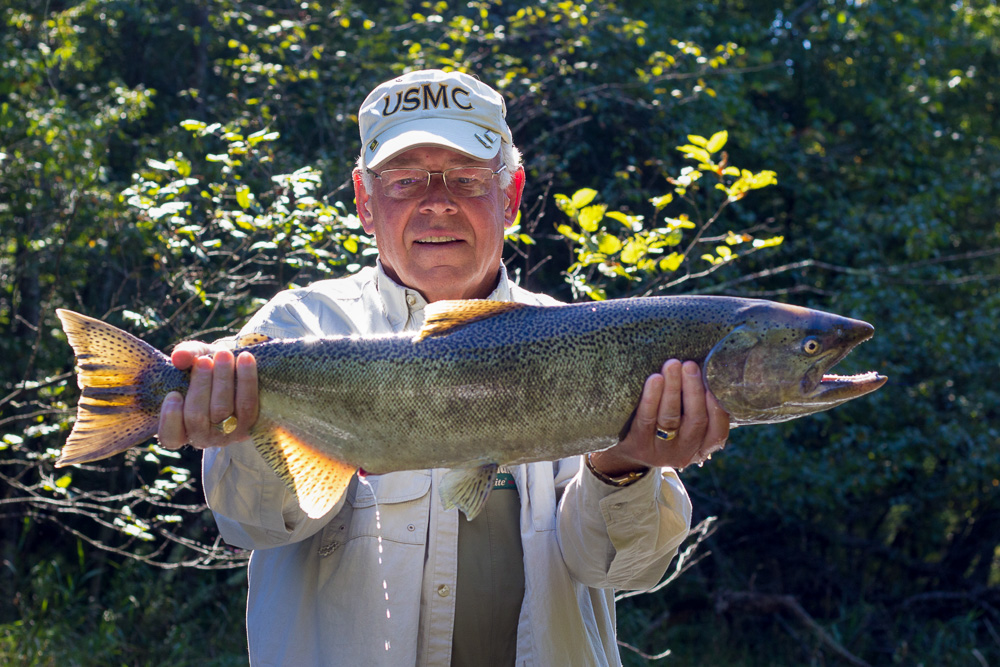 Next post: A Short Carpy Interlude – Breakfast with Luis