Steelheading on the PM is holding on by a thread and is actually pretty good in some areas because there is so little pressure on the river. I was the only boat in the section I fished yesterday and we only saw a couple trout fisherman walking the banks.

The whole river is getting low and clear and the fish are acting spooky as you would expect. It’s made a big difference to make that first couple casts count, the steelhead have been quickly catching on that somethings goofy.

Nymphs have been holding there own with eggs. The Spring’s Wiggler has been my top choice the past several days. 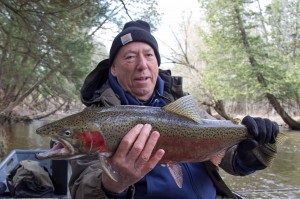 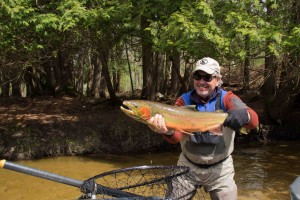