Steelheading on the PM has remained consistent with a couple fish in the net with a day spent on the water. Anyone who lives in the region knows that the weather has been very mild, making it unusually pleasent to be outside for December.

Water levels and clarity are just about perfect. I still don’t have a good feel for how many new steelhead moved from the big lake into the river following the recent high water.

The water downstream from Indian Bridge is still where you want to be. Why we aren’t getting many steelhead upstream of there is still a mystery. Are most of this falls steelhead stocked fish from the Big South Branch? Are 90% of the steelhead simply being harvested before they can make it through the first 30 miles of the PM?

While there is almost never a time when eggs don’t produce steelhead, there are times when they will take almost nothing but eggs. Over the past few weeks I’ve been impressed with how many steelhead we’ve been hitting on the swinging. Good stuff. 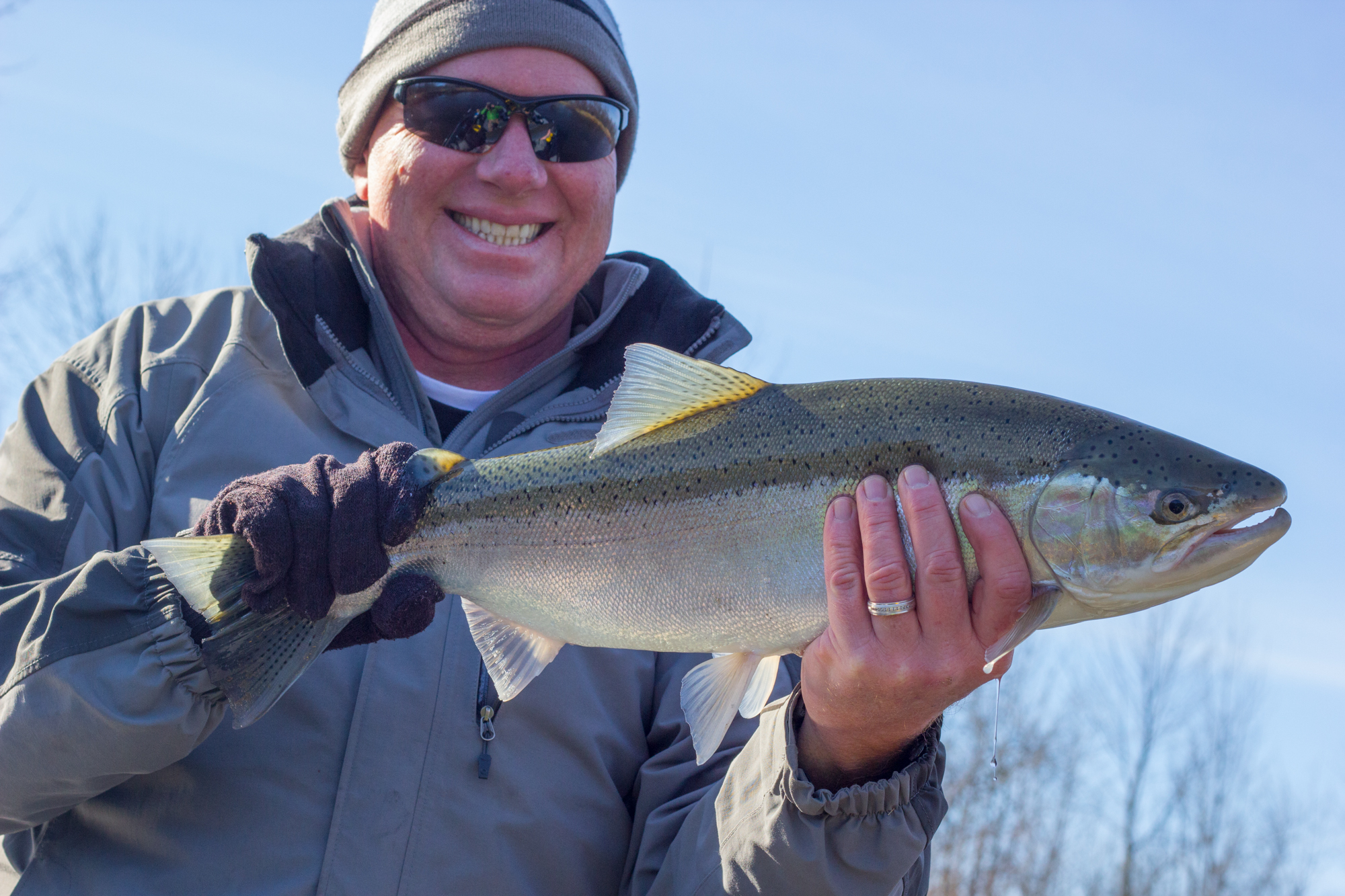