As some may remember, I was invited and then recently participated in the 6th Carp Slam Tournament on Denver’s South Platte.  It was a great opportunity for me to hang out with a bunch of cool people in the fly fishing community.  The weekend started out with an invitation for  JP Lipton and I to tie flies at Trout’s Fly Fishing.

Each team was given a morning and afternoon beat and let me tell you, we were fishing right in the heart on Denver, homeless people to yuppies and everybody in between.

Everyone said that the Platte was fishing as tough as it gets.  Not fishing there before, I have nothing to compare but I’ll certainly say that these Denver carp are tougher than the ones back home.  As far as spooky, they were the same but the big difference was interest.  Get a good fly in front of a couple Lake Michigan carp and something is going to happen.  In Denver I got the fly in front of dozens of carp, got about seven to positively react but not one take.

Will Rice and Clint Packo won the Carp Slam with 3 carp that totaled eighty-three inches.  I fished with Robert Bibb, a great angler and guy and I embarrassingly guided our team into a total of zero.  You can check out all the results here.

The Denver Carp Slam is a really fun event that is perfectly organized and ran and it is chuck full of top level fly anglers that are a great group of guys to spend a weekend with.  What they’re doing with the South Platte will become a great asset to the people of Denver, turning an urban drainage into a multi-species fishery with trout.

Special thanks to:
Denver Trout Unlimited for inviting me out.
Will Rice for giving me an opportunity to spend quality time with Michael Gracie.
Michael Gracie for giving me a lift after Will forgot me at the pub.
Barry Reynolds for pre-tournament advise and extra thanks for slipping me some awesome flies.
Alex Landeen for being a good guy to hang out with and the photos below. 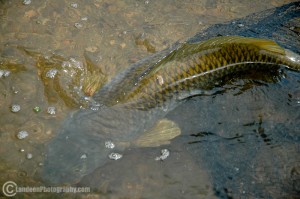 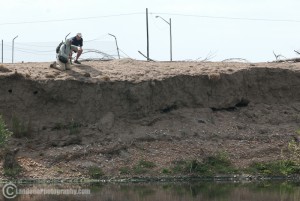 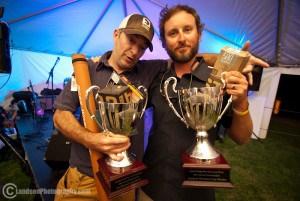