Two months ago if I were to have made a list of all the things in my life that I felt needed improvement, my boat oars wouldn’t have been on it.

Which is why I was slightly surprised to hear my response during a rowdy dinner at the Stoney Acre Grill on Beaver Island when Mike Ward from Adipose Boatworks leaned over and told me that I just had to try out their new oar system. “Best ever,” he said.

“Absolutely,” I said without hesitation through a warm and fuzzy beer buzz smile, “I’ll take a pair.”

I have to say that at the time I regretted my quick dinner-table decision. The Pro-Lok Oar System is top-of-the-line, with a top-of-the-line price tag. I already had a nice pair of oars. They worked fine. But what was done was done. Buy the ticket, take the ride.

Then the package arrived.

A month of using this system has completely removed any doubt or regret in my mind. They are the best oars I have ever used. With my big boat I use 10′ oars, and the Edge oar shafts are feather-light and float well, making my old oars feel like clubs. If I had to guess, I would say they were a third the weight.

Blades that float well may seem like a little thing, but it isn’t. When I drop an oar to release my anchor, for example, there is nothing more frustrating that an a sinky oar that finds every log or rock to jam on. This type of behavior is how oars, oar locks, and boat sides are damaged, and also how boats can flip. Which is an activity best avoided, in my opinion, and the Edge oars float like bobbers and greatly reducing this risk.

On the Pro-Lok System the rope wrap is removed allowing the oar to slide smoothly within the collar. Up to this point I had only used rope-wrapped oars and I was weary of losing the grip and feel. Now I can say that smooth is good. Very good.

The Pro-Lok system and Edge Oars are fantastic and if I broke or lost one today I would order a replacement without hesitation. 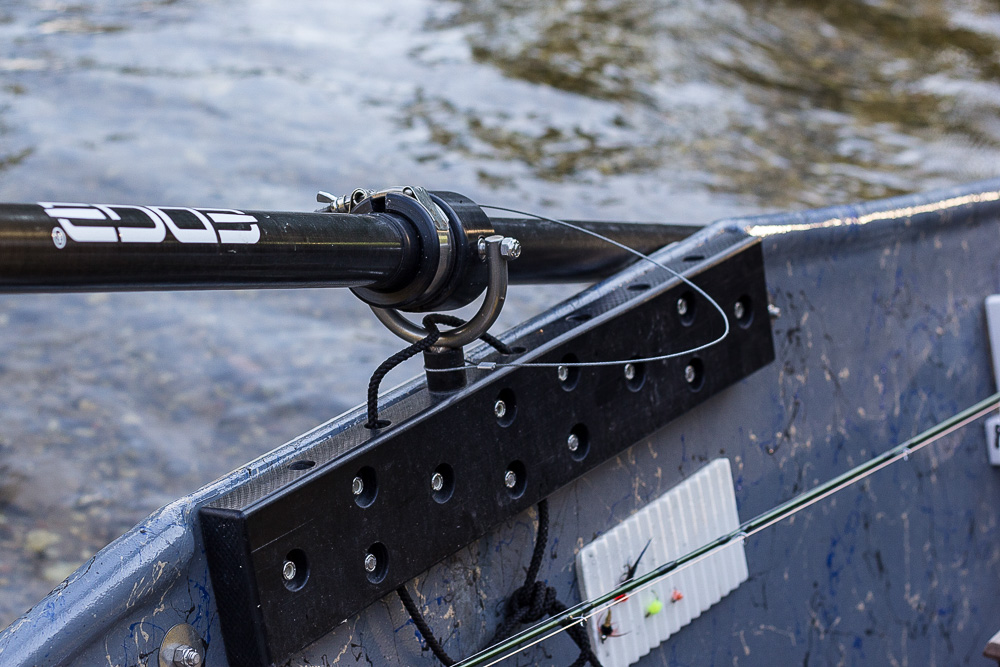